Background: A highly-regulated cannabis company must prepare to scale as marijuana is legalized in more US states

The largest cannabis company of a Midwestern state was already a top seller across a range of marijuana-related products including the plant’s flower, vapes, edibles, topicals, concentrates, CBD, and apparel. The company is restricted in its market: It can only sell its goods within jurisdictions that have legalized recreational and medicinal marijuana use. But it wanted to be prepared to enter new markets as more states legalize cannabis and for the possible future where federal legislation would allow nationwide cannabis sales.

The company asked Nexient to upgrade its existing online sales platform, which was outdated and insufficient for current needs. Nexient was also tasked with simultaneously building capacity so the company could instantly scale its business as the legality of cannabis expands.

The CIO of the cannabis company reached out to Nexient for help. He had previously worked with a Nexient engineer and knew Nexient’s ability to develop a product end-to-end from conception through engineering, DevOps, and maintenance. Nexient’s agile mindset was also ideal for solving the unique problems faced by the cannabis industry.

“We had a personal connection, which opened the door,” said Nexient Client Partner Benjamin Grabara. “When we looked at their business, we identified with them — a Midwestern business competing with major brands. We loved the challenge of what they were trying to do. From a business perspective, it has big potential. If the national market opens up, this Midwestern company gets to compete with all the well-funded cannabis companies in Colorado and California. It was fun to think about going up against Jay Z’s Caliva to see what kind of experience we could create.”

The cannabis company had both online sales and physical stores in cities across the state. The Nexient team approached the situation as an e-commerce challenge to improve the online experience and simultaneously drive in-store visits.

“We said let’s create the same premium experience online that customers are having in-store. Let’s improve the customer experience and lead them into the stores,” Grabara said. “It was an opportunity to transform the company’s online presence from end to end. We decided together that we didn’t want to simply do a replatforming. This was about Nexient owning the creation of an entirely new tech platform, from start to finish, and that was exciting.”

The cannabis company had an outdated website and no mobile app. The website was limited in terms of functionality. It was essentially a glorified reservation system that allowed a customer to place an order, which they had to pick up in a store and pay with cash. No online payment and no delivery — in short — a high-friction experience.

Selling cannabis is unique because financial institutions like MasterCard, Visa, and banks do not allow cannabis businesses to use their networks since it is not legal at a federal level. In addition, the big e-commerce engines like Shopify and public cloud services like AWS also don’t allow the merchandising of cannabis products.

That means cannabis companies must turn to startups and open source projects willing to create point-of-sale (POS) systems outside of the normal networks. There isn’t much choice among the available platforms and they lack the ability to offer important customer services like a loyalty points program. As a result, the company was using a legacy platform called Dutchie with a Wordpress front-end.

“The online experience with these platforms was like something from 1998,” Grabara said. “The cannabis company asked Nexient to help them figure out a better way so they won’t be beholden to those crappy systems. At Nexient, we like to say ‘Life is too short for crappy software’. Well, this was a classic example, not because the company wanted a poor experience, it just didn’t have many options.”

“We had to get away from that,” Grabara said. “We wanted to own the customers and the customer data.”

Nexient was charged with building an online presence that matched the company’s high-quality in-store experience.

Another hurdle was figuring out how to track inventory. When Nexient started the project, the cannabis company had 12 stores. By the end of the year, there were 40 stores. Each store had its own inventory and there wasn’t a central warehouse.

Customers buy products online and in person, so one website had to account for the ever-changing inventory at 40 different stores. Nexient had to make sure the inventory for shopping online was up to date with what was happening in all the stores.

Adding to the complexity was the extensive regulation about how to rate and catalog the amount of THC in each flower grown, harvested, and sold by the cannabis company. Keeping track of each type of flower and where it goes was a herculean task.

Solution: A new bag of tricks

“One criterion we were looking for in the ecommerce engine was to ensure it wasn't based on hands-on, outdated open source code,” Grabara said. “We spent a lot of time getting demos, providing requirements, and analyzing platforms. We settled on a headless commerce engine called Elastic Path.”

The POS solution was a platform called Treez.

“I know they sound like atypical choices, but we couldn’t use anything in the cloud that doesn’t support cannabis. The goto choices like Shopify weren’t available,” Grabara said. “Our options were really limited.”

But Nexient worked with Elastic Path to improve its APIs to ensure better security. Nexient also integrated inventory management into the point of sale system. Finally, they added a loyalty program that the cannabis company needed to retain valued customers.

“The usual bag of tricks would not work,” Grabara said. “So we relied on our core programming skills. We did heavy backend Java work. There was nothing off the shelf and nothing that anyone had encountered before, unless they had worked in cannabis. We knew though if we overcame the challenges, the company would have a distinct competitive advantage.”

“After working out some issues, we were able to trace an online order all the way through the system,” Grabara said. “We could place the order in the front-end online store, see it happening in the backend, and have it ready in the physical store for pickup. We knew we were golden and we could go live.”

Nexient played the role of the cannabis company’s development team, owning the product from end to end.

Everyone expected an initial dip in sales when the new website was launched as customers adjusted to a new way of shopping online. But the dip never happened. Sales only continued to rise.

“We took that as a great success,” Grabara said. “And the cannabis company loved us. They thought the new platform was absolutely wonderful.”

Taking on the challenges of working with a highly regulated and restricted cannabis company was worth it for Nexient.

“As a company culture, we love those challenges,” Grabara said. “We were able to do it all: the strategy, the e-commerce store and the backend inventory management. We love to own all of those pieces and that’s what we want from every client. We learn from every problem we overcome and we apply those learnings to other companies. Launching successful platforms despite many hurdles is right in our wheelhouse. That’s what we do.” 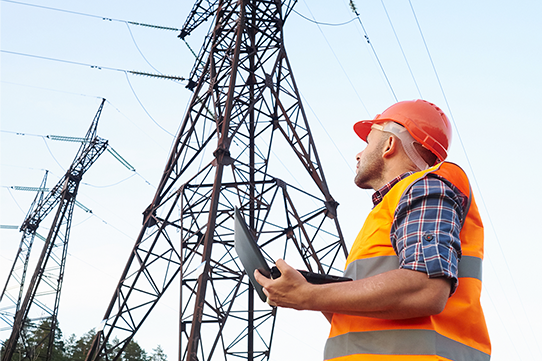 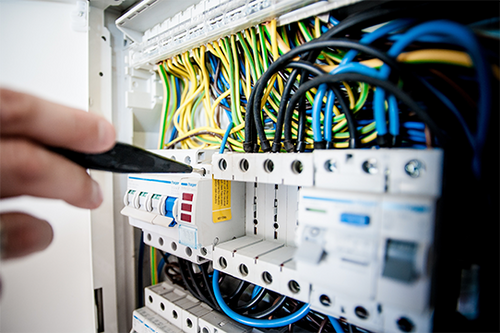