Lucrative tech jobs are closer than you think

Maybe you know someone like my friend Pete. He grew up in a small town in Ohio dreaming of a big tech career. By working hard, he was able to study computer science at Northwestern, move to California and become a successful Silicon Valley executive.

It’s a classic American success story, but something always nagged Pete. Did he really have to leave the state he loved to build his dream career?

If that was ever true, it’s not anymore. World-class jobs are popping up around America’s Heartland, especially in the tech industry.

Tech jobs are projected to grow about twice as fast as any other occupation in the next eight years. But increasingly, tech businesses are betting on Heartland cities like Youngstown, Detroit and South Bend. They’re realizing that so-called flyover states are actually huge talent pools brimming with hard-working, talented techies.

I should know. I’m the CEO of a software development company headquartered in Silicon Valley, but most of our hundreds of engineers are in Michigan and Indiana. When we started planning our newest product development center, we asked the questions we always do: Where is there room to grow the business? Is there a competitive talent pool? Is the quality of life attractive? We researched, visited and asked the hard questions. After all the calculations were in, we had a clear winner: Columbus, Ohio.

With more than 20 Fortune 1000 companies headquartered in the region, Columbus already overachieves for a city of its size. But only in recent years did the region once nicknamed Cowtown begin staking its claim as one of America’s great tech hubs.

The Midwest is home to 25% of America’s computer science grads. Great schools like Ohio State University, University of Michigan, Indiana University, Miami University and University of Illinois at Urbana-Champaign pump huge classes of young engineers into the region’s innovation economy. Quality of life? Columbus and Indianapolis are just two among several Heartland cities in the U.S. News & World Report’s list of “Most Fun Places to Live.”

What’s true of Columbus is broadly true of many Heartland cities. Office leases run 50% or lower than typical New York or Silicon Valley prices. That’s not because businesses have gone away. The Midwest is home to more than 150 of the Fortune 500. Madison, Wisconsin, added 6,720 tech jobs in the past five years. Ann Arbor and Memphis are ranked among the top cities for female entrepreneurs.

It’s no surprise, then, that Heartland cities once focused on manufacturing, banking and health care have become magnets for software development. Techies also are starting to notice the Heartland ticks the boxes they care about — and a few that more-expensive coastal cities can’t.

Make your dent in the universe right here

When I joined Nexient a few years ago, most of the hires in our Ann Arbor product development center were locals. They were excited to work with top American brands in retail, entertainment, health care and fintech without having to travel constantly like consultants.

While we still primarily draw from the excellent local talent pool, we also recruit nationally for positions in the Midwest. Of the dozens of developers we relocated last year, two-thirds were from coastal states like California, New York and Florida.

As one of our new engineers said, “Everything I need is here.” She’s just bought a house, adopted a dog and joined a women-in-tech networking group.

So if you’re a Heartlander like my friend Pete, wondering whether to stay in a place you love or go for the career of your dreams, think again. To “make a dent in the universe,” as Steve Jobs famously said, you might already be in exactly the right place.

Mark Orttung is the CEO of Nexient, a Silicon Valley-headquartered custom software design, development and strategy firm with product development centers in Michigan, Indiana and Ohio. 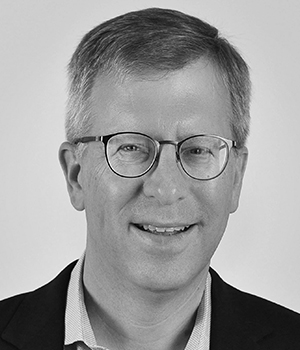 Mark Orttung is Nexient’s CEO. Mark has over 30 years of experience leading organizations in consulting, systems integration and SaaS product development. He is also an inventor who holds more than 30 US patents.

From BDD to TDD, the pros and cons of various Agile techniques

The golden rules of software (part 2 of 3)

In the latest post in our quest to save the world from #crappysoftware, golden rules 2 and 3 carry us through the minefields of Friction and Function.
Read more  ›

The golden rules of software (part 1 of 3)

If life is too short for crappy software, why is there so much of it? Here's the first of 5 golden rules of software every business needs to know.
Read more  ›

© 2020 Nexient. All rights reserved
Welcome! By visiting our site, you agree to the use of cookies. Please read our privacy policy for more detail.
I AGREE